The Overview (from the Common Core website)
Expressions and Equations
Functions 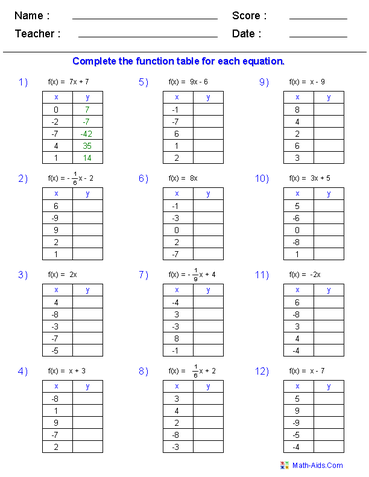 (pig is the function machine, apple is the input, delicious bacon is the output)

To get the probabilities of any numbered group of people where there exists a common birthday, we would want to calculate the probability that this number of people doesn’t have a birthday in common and then subtract that percentage from one.  This may seem like working backwards, but in either way, ie first determining the likelihood of shared birthdays or all different birthdays, we will have to find the same information.

Now, the likelihood that any 2 people have different birthdays is very high.  It is 364/365.  Or you could express it as there is a 1/365 chance that their birthdays are the same.

Real quick, to figure out the likelihood that 6 people have different birthdays we would calculate this problem:

Let’s go ahead and figure out the probability that there is a same birthday in our class with however many people are here today.  Because of the huge numbers involved, like 365^15, we will have to use a graphing calculator or a computer.  There is a way of simplifying this formula using the natural log, but for simplicity’s sake today, we’ll just crunch these huge numbers.  This problem is complicated enough that it can be revisited throughout a semester as different aspects of the birthday problem become focused upon.  For example during a lesson on natural logs, it could be applied to the by then familiar birthday problem.

Mathematical Practices
1. Make sense of problems and persevere in solving them.
2. Reason abstractly and quantitatively.
3. Construct viable arguments and critique the reasoning of others.
4. Model with mathematics.
5. Use appropriate tools strategically.
6. Attend to precision.
7. Look for and make use of structure.
8. Look for and express regularity in repeated reasoning.